SAILING THROUGH THE YEARS: the Galleon Story

SAILING THROUGH THE YEARS: the Galleon Story

Roble Shipping Inc., the official carrier of the image of Señor Santo Niño de Cebu for this year’s fluvial procession, experienced a heavy downfall due to a ‘considered bankruptcy’ but with strong faith and devotion, they were able to recover.

In the grief-stricken years of 1995-1997, Roble endured financial pressure to the extent of selling almost all of their properties.

Amidst the emptiness and struggles they encountered, they remained resilient and faithful to the Holy Child. It was manifested during the 1996 fluvial procession where they continued to join the activity using their only functional pump boat instead of using their usual vessel during the fluvial parade.

Then, the long-time dream of becoming the carrier of the image of the Holy Child became a reality.

The galleon which will be used for this year’s fluvial parade is the MV Super Joy fast craft.

This vessel is the ‘new angel’ of the company.

(This is new to us. This was renovated and furnished. It was only this year that a new engine was installed.)

MV Super Joy can cater at least 200 persons on board.

Roble added that in terms of preparations, they are always prepared for the fluvial parade since they have been joining the activity for more than 30 years.

He expressed that they are overwhelmed and thankful for being chosen as this year’s Galleon of the Señor Santo Niño de Cebu.

(On behalf of the Roble family, my mother Beatriz Roble and the late Jose “Pepe” Roble, we say thank you to all Augustinian friars for they have given us a big privilege to become the official carrier of Santo Niño which we have prayed for so long. It has a big difference. Then, we only followed. Now, you will no longer be beside [the galleon], you will no longer be the last to follow for you already own it and you are the one to be followed.”

The late Engr. Jose “Pepe” Roble., Jr along with his wife founded the Roble Shipping Inc. in 1985 and later; it was passed on to their children.

The couple are die-hard devotees of Señor Santo Niño de Cebu and they never failed to thank the Holy Child for all their blessings.

Joy Roble said that their undying faith have played a great role for their family as well as their shipping business.

For more than 30 years of joining the fluvial procession, they were able to cater visitors coming from different places and influence them to join the procession every year.

Roble added that there were testimonies coming from their visitors sharing their own indelible and holistic experience upon joining the activity.

It is in strong faith and prayers that Roble Shipping Inc. was able to stand up after a great fall substantiated through the miracles which changed their lives.

According to Roble, one of their biggest miracles was the recovery from a ‘considered bankruptcy’ of their company.

He also shared about the positive feedback of his mother’s health condition that was diagnosed with cancer.

Roble expressed that they are not different from other families because they too experience problems like financial aspects.

It was evident that during those times that the family lacked harmony, but they always entrust everything to Señor Santo Niño.

(If you [trust] Sto. Niño, He will give a solution to keep everyone united.)

Roble’s journey was wavy, full of ups and downs from family to their business.

Yet, they continued to sail despite the big waves they have encountered and anchored themselves to the Holy Child, Señor Santo Niño de Cebu. 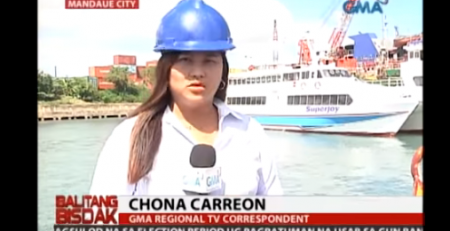 Travel Requirements as of October 7, 2021

Travel Requirements as of September 13, 2021

Cebu – Hilongos – Cebu Trips Are Back! 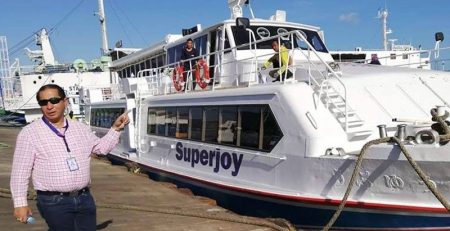 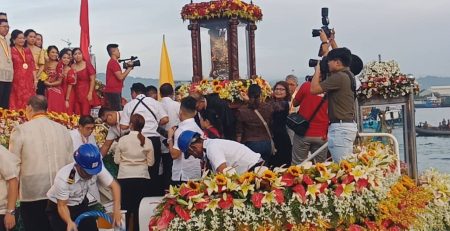 LOOK: Scenes from the fluvial procession of the images of Señor Santo Niño and Our Lady of Guadalupe off Mactan Channel